Myths and Legends from the State of San Luis Potosi: Don Pantaleon – A ‘Diablero’

.
DON PANTALEON – A ‘DIABLERO’
.
(Folk story from El Sabino, in Santo Domingo, S.L.P.)
.
Here in El Sabino, there was once a man named Pantaleon, who brought the skeleton of a dead bull back to life. 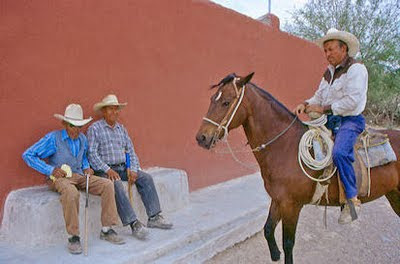 This is a true story, I tell you, because I saw it all with my own eyes!
.
Don Pantaleon was well-known for his amazing tricks. One day, just for fun, looking at a dried-up, white heap of bones, he said, “Look, guys, I’m going to fight that old, dead bull!” Who knows what magic spells he uttered, or what magic dust he threw up into the air, but sure enough, the skeleton slowly stood up. Then, little by little, new red flesh began to cover the white bones and strong black hair began to grow over the flesh, and very soon the bull began to snort and to prance and dance about again! And don Pantaleon, true to his word, grabbed a red blanket and began to fight the bull! 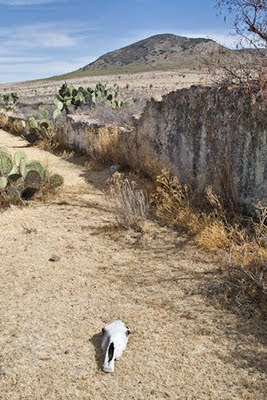 .
We sometimes think that in the old days, people were much poorer and more ignorant than nowadays, but the truth is, they also had a lot of knowledge of things that have now been long forgotten. Don Pantaleon was, in fact, a ‘diablero’ and he knew how to do real magic.
.
People in the past were more aware of the supernatural; they could speak with the spirits. They learned all these things from the Indians that lived in these lands long before the Spanish conquerors arrived. The Huachichiles, Caxcanes, and Coyoteros used to observe all natural phenomena with great attention, and experimented with many hidden arts. Folk story found in Homero Adame's blog.
.
Much of this knowledge is now lost forever. For example, people say that the ‘diableros’ – a type of sorcerer or wizard, like don Pantaleon – even knew how to speak to all the spirits of nature, and how to make rain! But all of this has become just one more part of our great history…
.
Written by Homero Adame and translated by Pat Grounds. Originally published in the English textbook Activate! 2. By Carol Lethaby, Homero Adame, and Pat Grounds. Ediciones Castillo, S.A. de C.V. Monterrey, Mexico. 2003. Pp. 180-181.
. 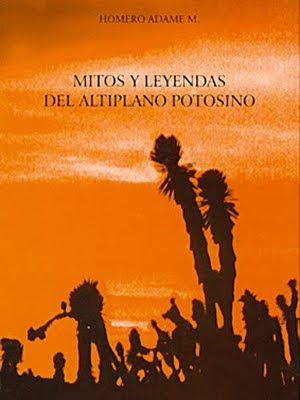