Myths and legends from Sinaloa: The Seven Golden Cities of Cibola

THE SEVEN GOLDEN CITIES OF CIBOLA
(Folk story from the State of Sinaloa)
.
One evening I was having dinner with some friends in Choix, Sinaloa, when one of them mentioned the Seven Golden Cities of Cibola. She said they lay somewhere in the mountains that divide Sinaloa and Sonora. 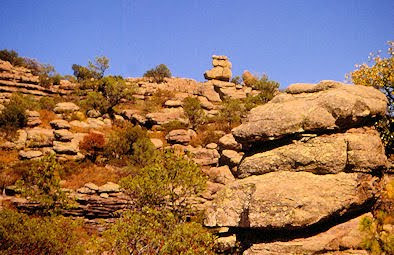 Then somebody, Ruperto was his name, said he had actually seen those cities when he was a child. And this is what Ruperto told us that night:
.
“When I was a child, I used to help my father with the sheep and sometimes he took me with him on trips to buy supplies. One day we traveled up to El Fuerte in the farm cart, did some business in town, and then went on horseback all the way to Alamos. Somewhere between Las Cañadas and Cerro Colorado, we met an old friend of my father’s, quite by chance. He was from Los Mochis and he was working with some miners and had two local Indian guides! They invited us to spend the night at their camp. The men told us they were looking for the seven lost cities of Cibola. We were very excited when the miners invited us to join their expedition.
.
“Early the next morning, long before sunrise, we walked and walked in the dark until we came to a line of low hills. Suddenly, the Indian guides stopped and said we must wait for the sunrise. And, as the sun’s first rays fell on those enigmatic hills, we saw the dazzling beauty of a city of pure gold! Written by Homero Adame.
.
“Some of the miners could not control their curiosity and ran straight towards the place! 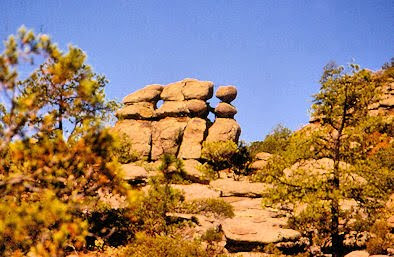 My father’s friend from Los Mochis was one of them! Strangely enough, the Indians didn’t take a single step in the direction of the golden domes and we, affected by their silence and immobility, stayed just as motionless beside them.
.
“And thank heaven we did! Just a few minutes later, we watched the golden city fade away, leaving nothing but a line of low hills in its place. We never saw my father’s friend or any of the other men again. They vanished from the face of the earth forever!”
.
“That’s a wonderful story, don Evaristo!” I said. “I’ve heard of similar phenomena in the Sahara Desert.” Written by Homero Adame.
.
“Yes, indeed,” don Evaristo responded. “Disappearing cities are common motifs in universal mythology. I once read something similar in a book about myths and legends from the state of Nuevo Leon; a story called El pueblo festivo”.
.
“So what happened to all those men who disappeared?” Emily asked.
.
“Well, who knows?” Don Evaristo answered. “But the usual thing, according to mythological conventions, is that they can come back at some special magical date, when the place opens up once again. Once every hundred years, for example.”
.
“It’s a fantastic story. A bit hard to believe, though,” She said.
.
“You’re right. But it’s a folk story, after all. However, never forget that myths and legends are based on some kind of essential truth or reality. Look at the ancient stories of Troy, or King Arthur,” don Evaristo explained. “But sometimes our minds can only believe in what our eyes see. Videre est credere – as they say in Latin! Nevertheless, maybe it’s possible that Ruperto and his father did see something that existed in another dimension; something that those Indian guides knew about; something similar to what Cabeza de Vaca probably saw, more than 450 years ago.” Sinaloan legend found in Homero Adame's blog.
.
Written by Homero Adame and translated by Pat Grounds. Originally published in the English textbook Orbit 3. By Homero Adame, Pat Grounds and Carol Lethaby. Ediciones Castillo, S.A. de C.V. Monterrey, Mexico. 2000. Pp. 99-100.
.
¿Buscas leyendas de Sinaloa en español? Sigue este enlace:
.